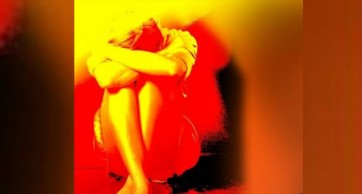 The 350-page charge sheet was filed both in the Nampally Criminal Court and the Juvenile Justice Board as five of the six accused in the case are minors.

The police, however, made a plea to the Juvenile Justice Board to allow the minors to be treated as majors for trial in view of the serious nature of the offence.

Police listed 65 people as witnessed in the case, which had triggered national outrage. It gives a detailed account of the crime committed on May 28 in upscale Jubilee Hills.

Six accused, including a major, were arrested earlier last month for gang rape of a 17-year-old girl in a car.

They had trapped the victim after a daytime party at a bar and after offering a lift, sexually assaulted her.

Five accused including the son of a leader of ruling Telangana Rashtra Samithi (TRS)have been charged with gang rape while sixth accused, who is the son of a legislator of the Majlis-e-Ittehadul Muslimeen (MIM), is facing molestation charges.

The sixth minor was not involved in the rape but he kissed the victim in the car. He has been booked under IPC's Section 354 (assault or criminal force to woman with intent to outrage her modesty), 323 and Section 9 (G) read with 10 of POCSO Act. He could face 5-7 years imprisonment.

The charge sheet was filed a day after five minors were released on bail.

Four minors were granted bail by the Juvenile Justice Board while the sixth was given bail by the Telangana High Court.

Saduddin Malik, the only adult in the case, also remained in jail as his bail petition was already dismissed.

The police have filed the charge sheet with details of all the technical evidence gathered during the investigation.

These include identification parade, recording of statement of the survivor under Section 164 of the Criminal Procedure Code before the magistrate, DNA test and forensic examination of the car in which the minor victim was gang raped, report of the forensic analyses of the DNA samples collected from the victim's clothes, CCTV footage from bar, and other places.

According to police, two of the accused misbehaved the victim while attending a day-time party at a pub at Road Number 36 in Jubilee Hills.

They followed the girl outside the pub. Four CCLs (children in conflict with law) and the girl boarded a Mercedes to go to a bakery on Road Number 14 Banjara Hills. Saduddin and four other CCLs boarded an Innova. While on the way to the bakery, the youths in Mercedes forcibly kissed her, took videos and circulated them.

The two cars reached the bakery. The victim alighted from the Mercedes and boarded the Innova. At 6.15 p.m., the Innova left with Saduddin, five others, all CCLs and the victim. However, three minutes later, one CCL came back to the bakery as he had some urgent work. Saduddin and four other CCLs took the Innova to Road number 44 behind Pedamma temple, parked the vehicle there and there, raped the girl by rotation.

The Innova later came back to the pub and dropped the victim. The victim's father reached there to pick her up.