No power cuts for any sector, clarifies Telangana 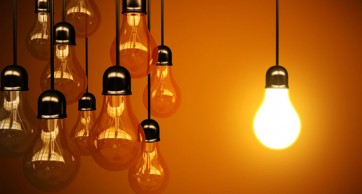 Hyderabad, April 15 (IANS) The Telangana government on Friday clarified that no power cuts have been imposed for any sector in the state.

Telangana State Transmission Corporation (TS Transco) said the power supply to the agriculture sector in some parts of the state was disrupted due to some unavoidable reasons.

Prabhakar Rao, CMD, TS Transco and General Corporation (Genco), stated that the supply to agriculture sector was affected on Thursday due to some communication gap in Northern Power Distribution Company Limited (NPDCL).

"From today, 24-hour free power supply to farmers in the state will continue as usual," he said.

The CMD assured that there will be no disruption in supply anywhere in the state. He said the farmers need not have any worries as they will continue to get round-the-clock free supply.

His clarification came amid reports that following substantial rise in the demand for power, the agriculture sector is witnessing power cuts ranging from six to 10 hours. Farmers in some areas had complained that the three-phase power supply was being stopped from 6 p.m. to 12 p.m. daily.

This has created concern among farmers as the power cuts would adversely affect standing crops. The harvesting of Rabi crop has begun in some districts and farmers need water for another 10 days at least.

Officials said there were no power cuts for domestic, agriculture and industrial sectors in the state despite higher-than-expected demand this year. The power demand has gone up by 15 per cent over last year.

Power consumption on April 12 touched 12,842 MW, against 11,458 MW last year on the same day. The consumption has gone up due to rise in temperatures across the state.